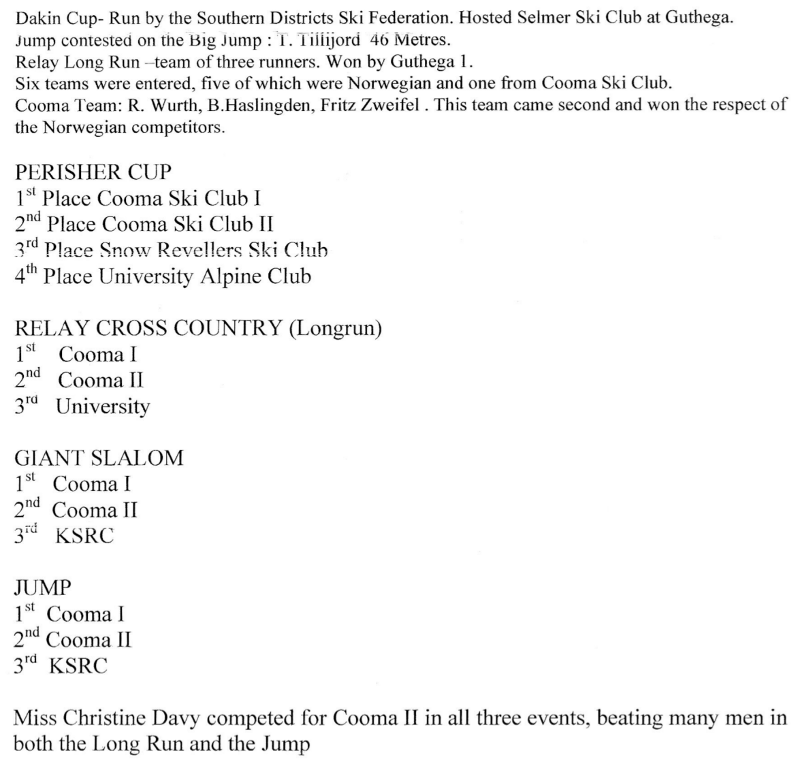 The Perisher Cup events originated at the Six-Hour Day week-end in 1952, when four of the clubs in the Perisher  area met in an end-of-season competition.

The trophy was presented by Kosciusko Snow Revellers Club, which was the first host at the sports and the party following, and It was agreed that each of the clubs should take its turn in this capacity.

The essence of the competition was that it was to be of an informal, friendly nature with the standard of the courses one that would suit the less experienced skiers as well as the more experienced racers. This atmosphere has been kept alive since then, even though the number of clubs in the area has grown greatly, making the competition a much bigger one than originally.

In 1956 there were seven clubs competing, and it was unfortunate that several other clubs could not field a team. The host was University Alpine Club, and the events were held in the Perisher Bowl. A short langlauf event was run near Cooma Hut on the Saturday, and the giant Slalom on the side of Mt. Perisher next morning with a jump on the Sunday afternoon.