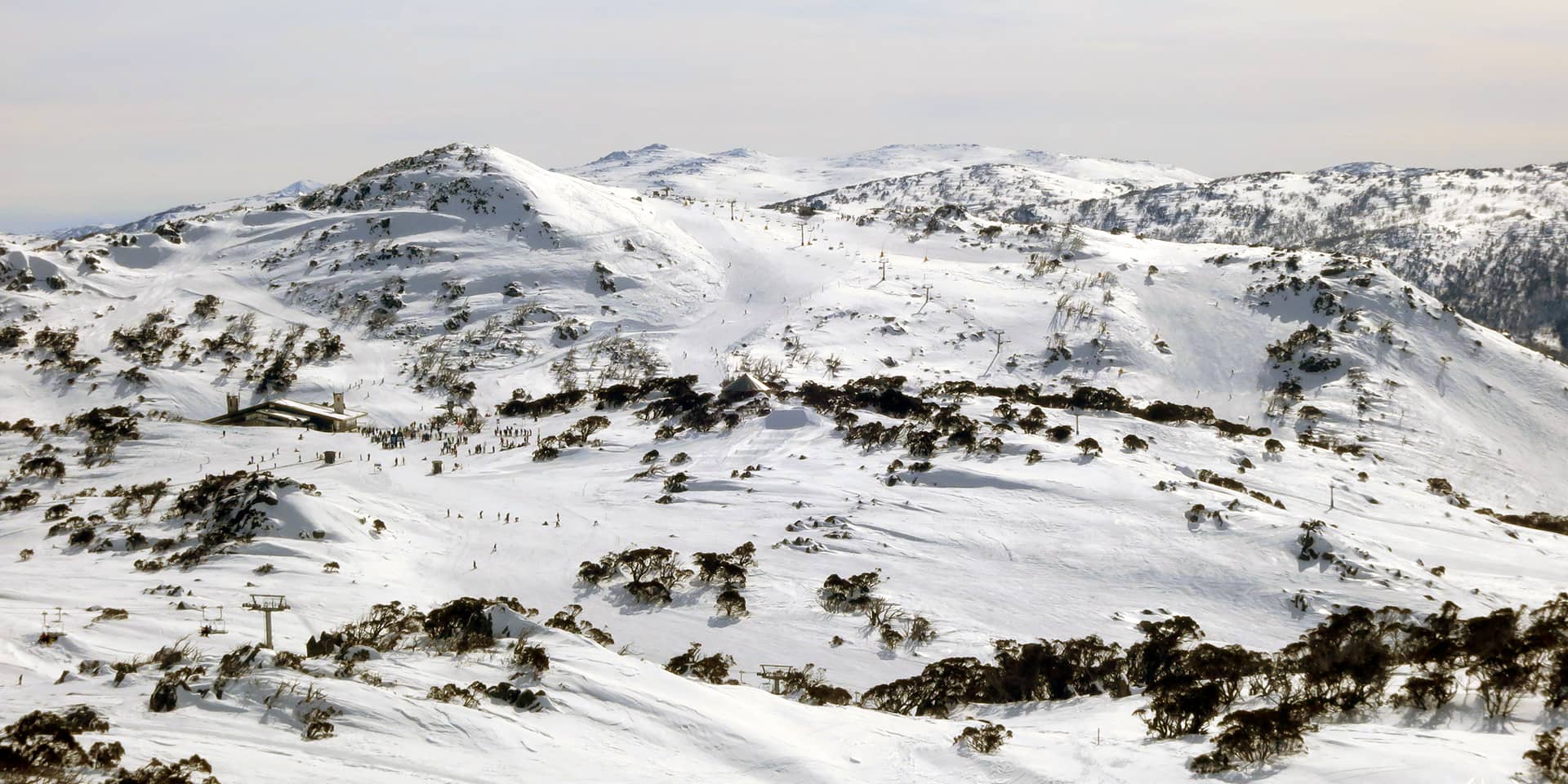 Some time after 1840 James Spencer, a grazier, obtained the lease for all the high country on the main range, including Kosciuszko and Blue Cow peaks. His homestead was situated at West Point (now known as Waste Point) near the entrance to Kosciuszko National Park.

Apparently Spencer crossed some imported black English Shorthorn cattle with white Shorthorns, obtaining offspring with blue roan coats. Blue Cow Mountain was named after one of these cross-bred cows, which would disappear after the thaw each year and would invariably be found on the mountain before the next winter.

In the 1970s, the National Parks and Wildlife Service carried out studies for the development of skiing at Mt Blue Cow, in response to the identified need for the expansion of suitable areas and facilities to enable the continued growth of alpine skiing within the Park. In November 1984 the bid by Mt Blue Cow Ski Bowl Pty Limited was selected. The resort opened in July 1987 and despite transport difficulties (caused by the delay in the completion of the Skitube alpine railway beyond Perisher) the response to the facilities and the mountain was overwhelmingly positive.

Today… Blue Cow includes the facilities of Blue Cow Resort Centre at 1905m and Guthega Ski Centre at 1640m. The highest lifted point on the Blue Cow Side of Perisher is 1960m reached by the Summit Quad Chairlift. The vertical drop to the base of the Ridge at 1605m is 360m. Today the Blue Cow resort is serviced by 14 ski lifts and significant snowmaking over an area serviced by six lifts.