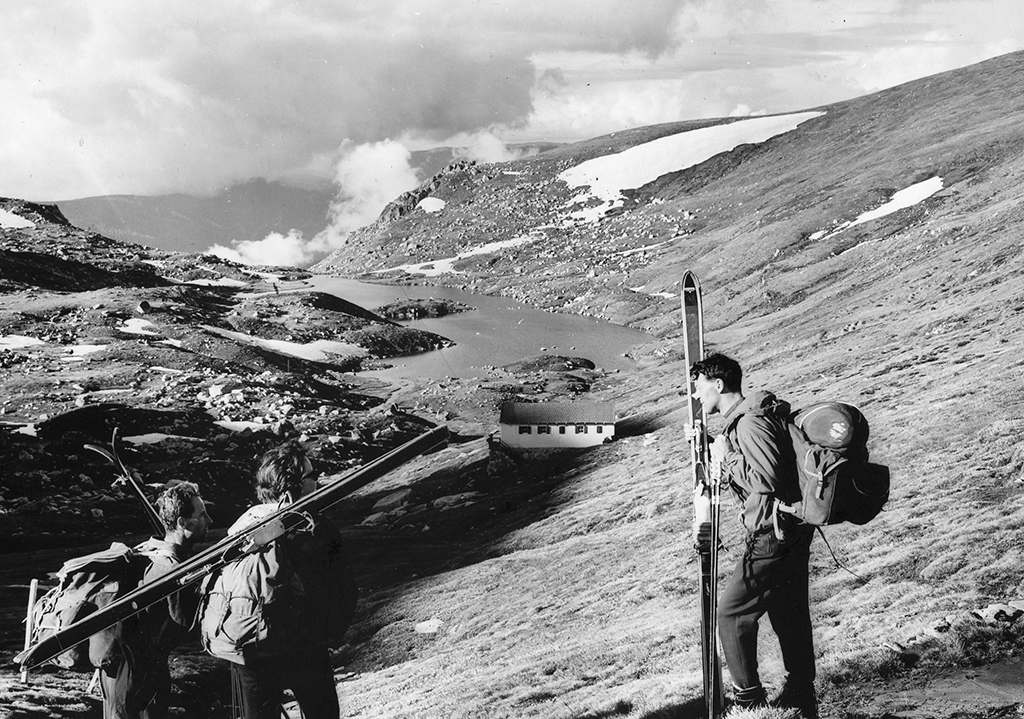 The NSW Government built Pound’s Creek Hut, as a touring hut, at the junction of Spencer’s Creek and the Snowy River in 1926. The Litchfield family built new Tin Hut near Finn’s River at about the same time, also for use as a touring hut. Both of these huts lay on the Kiandra to Kosciusko traverse as did Farm Ridge Huts, and Mawson Hut (built 1935).

White’s River Hut, also on the Kiandra to Kosciusko traverse, was built in 1935 and Kosciusko Alpine Club (KAC) gained an interest in it in 1938, added an extra room and a radio link with the Chalet.

The Alpine Hut Club was formed in 1939 and bought some freehold land at Brassy Mountain, just outside the National Park, and built a 16 bed lodge there. The club had about 50 shareholders of which the largest was KAC.

Charles Anton formed Ski Tourers Association (STA) in 1950 with the aim of building a series of touring huts on the southern Main Range. In short order, STA had built Lake Albina Lodge, (1951), Kunama Huette in 1953, the Northcote Ski Tow and Tow Hut in 1954 and converted Pound’s Creek Hut into Illawong Lodge in 1957.

Unfortunately, Kunama Huette was destroyed by avalanche in 1956 and the Northcote Tow hut burnt down several weeks later. Neither was rebuilt.