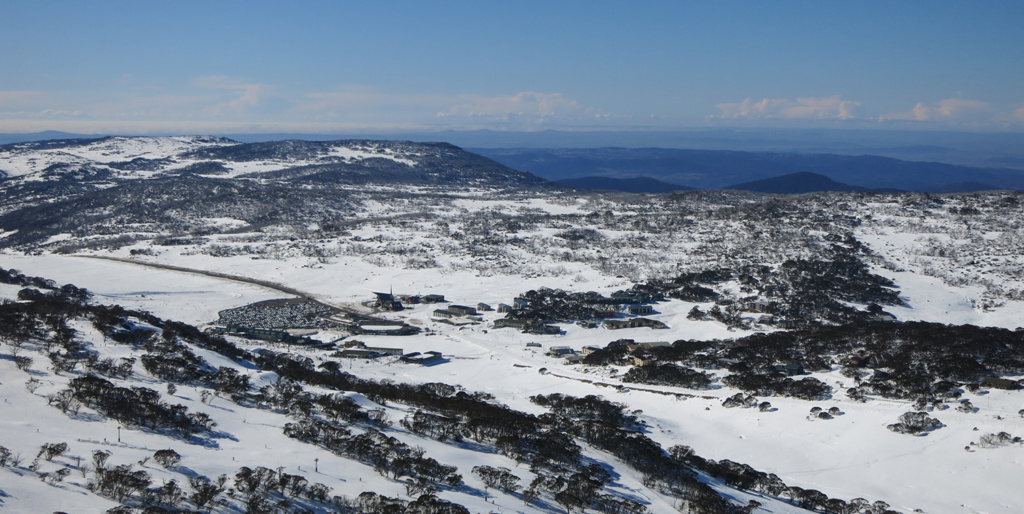 Perisher Resort, now owned by Vail Resorts, is the biggest ski resort in the southern hemisphere and resulted in 1995 from the amalgamation of four independent resorts, Perisher Valley, Smiggin Holes, Guthega and Blue Cow plus the Skitube.

Perisher Valley had its beginnings in 1939 when the NSW Government built a shelter hut at Perisher Gap, not far from the present Eyre Lift. In 1947 the government completed Rock Creek Hut and used it to provide accommodation for skiers.  Unfortunately Rock Creek Hut was struck by lightning and partly destroyed in 1949.

Development of Perisher Valley really began in 1950 when Kosciusko Snow Revellers Club (KSRC) completed their temporary hut. This was a works hut but had accommodation and cooking facilities and was used as a ski lodge for three years until KSRC completed their main lodge.

In 1955 Sverre Kaaten’s syndicate built the Big Tow and Tow Hut in North Perisher. This was the first permanent ski tow in the area and the Tow Hut was the first private (non-ski club). commercial accommodation in the area.

In 1956 Johnny Abbottsmith built his Village Tow in the Telemark Basin and in 1958 Cooma Ski Club built its rope tow on Back Perisher.

In 1959, Ken Murray, of KG Murray Publishing Coy, began his involvement with Perisher Valley building Sundeck Hotel and No 1 T-bar. In 1960 Murray built the Man from Snowy River Hotel and No 2 T-bar and in 1961 the Mt Perisher chairlift. During the following decade Murray added another 10 lifts and, in 1965, the Valley Inn Hotel.

In 1971 Murray bought Smiggin Holes Resort and in 1972 sold Perisher Valley and Smiggin Holes to Sir Frank Packer who combined them into one resort.