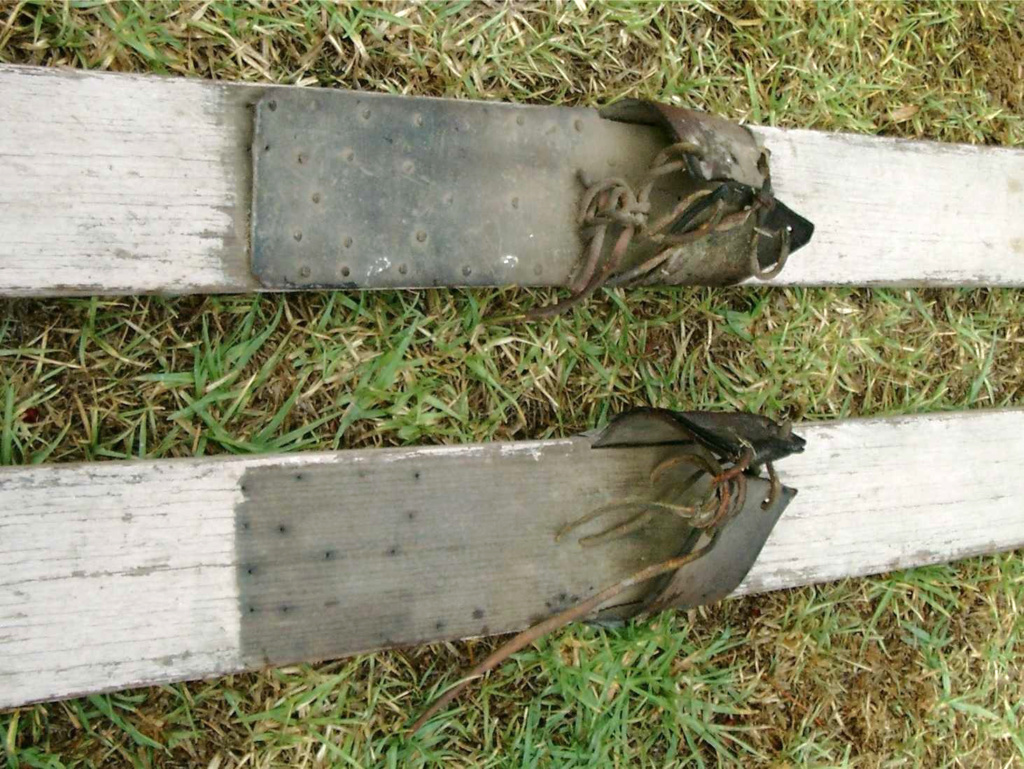 Skiing in Australia began at Kiandra in 1861, and until 1909, Kiandra was the only place in the country where skiing occurred.
The skis were made from mountain ash and the bindings were a simple leather strap into which one kicked one’s boots.
Hence the skis were known as Kiandra kick-ins.
The size of the strap could be adjusted by leather thongs in the middle.
There was nothing, other than the strap, to hold the boots in place.
This type of binding continued to be used in Kiandra until the 1930s……..

The article Alpine Bindings by Peter Southwell- Keely was published in PHS Newsletter #14, 2015.