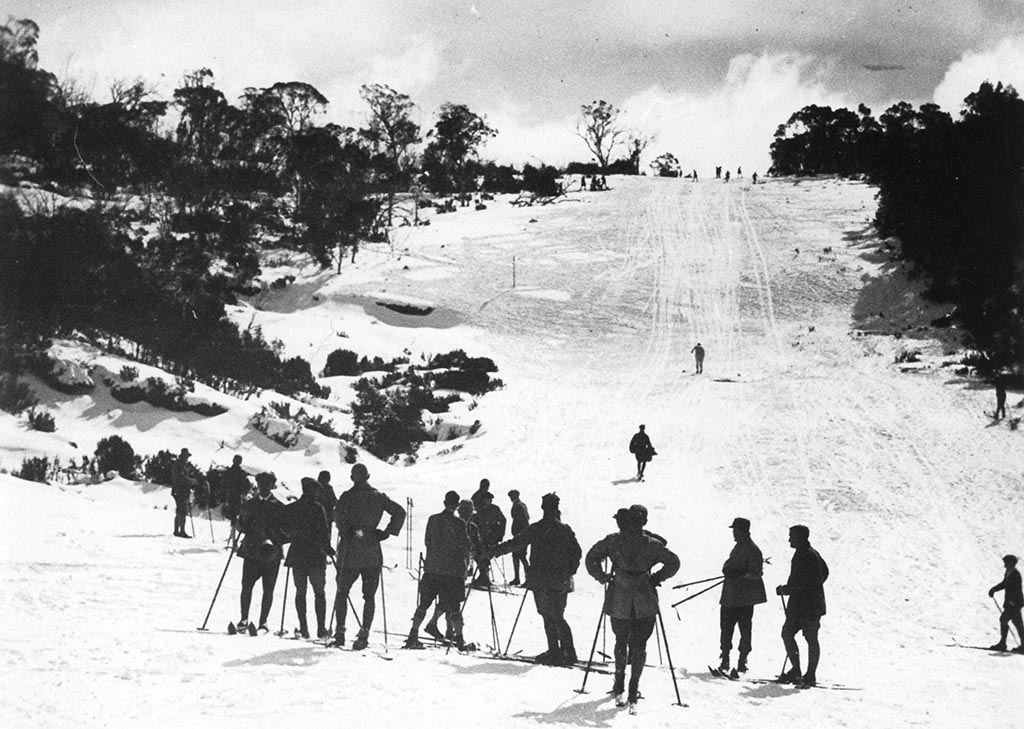 This page is concerned with the development of Alpine Skiing in the Kosciuszko area. Alpine skiing commenced in 1909 with the opening of the Hotel Kosciusko. At that time none of the skiers had any idea about how to ski down a slope other than to ski straight down (schuss). It was five or six years before anyone could make a turn and these were skiers who had been to Europe, a very small number. The Kosciusko Alpine Club (founded in 1909) had only one alpine race, a downhill, until the 1930s when alpine skiing really got underway. It is worth mentioning that alpine skiing was not a part of the first (1924), second (1928) or third Winter Olympics and only made its appearance at Garmisch Partenkirchen, in 1936.

View more articles on the Development of Skiing 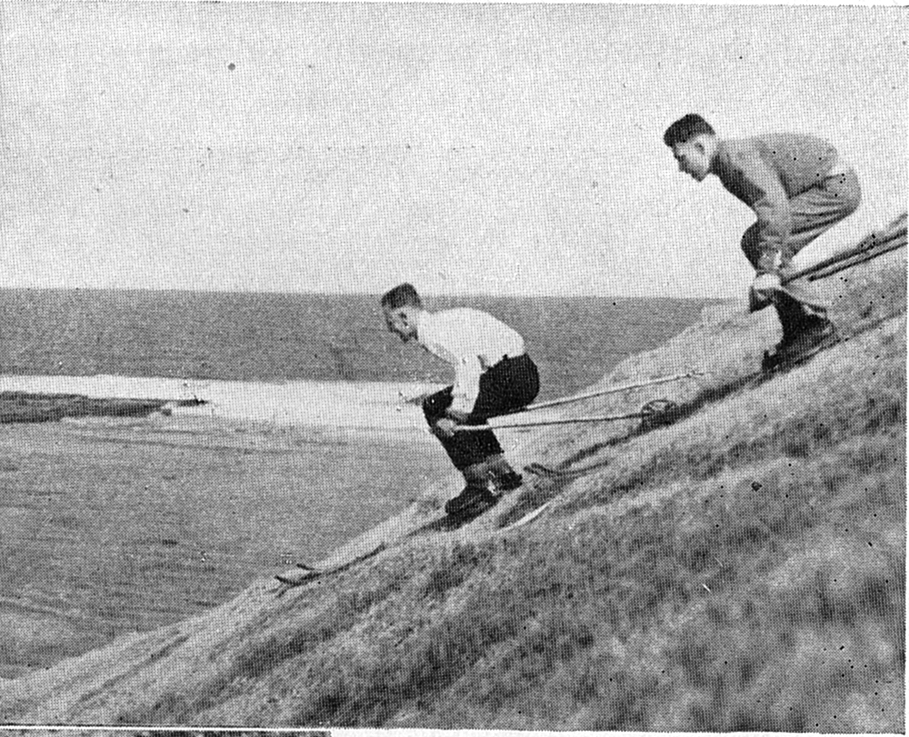 Two members of Snow Revellers at Long Reef, 1936 by Wendy Cross The history of dry skiing in Australia is a chequered one, with almost every type of ‘dry’ surface promoted at some stage and new ones invented almost every decade.  Some forms of dry skiing, such as the classes held on grass during the… 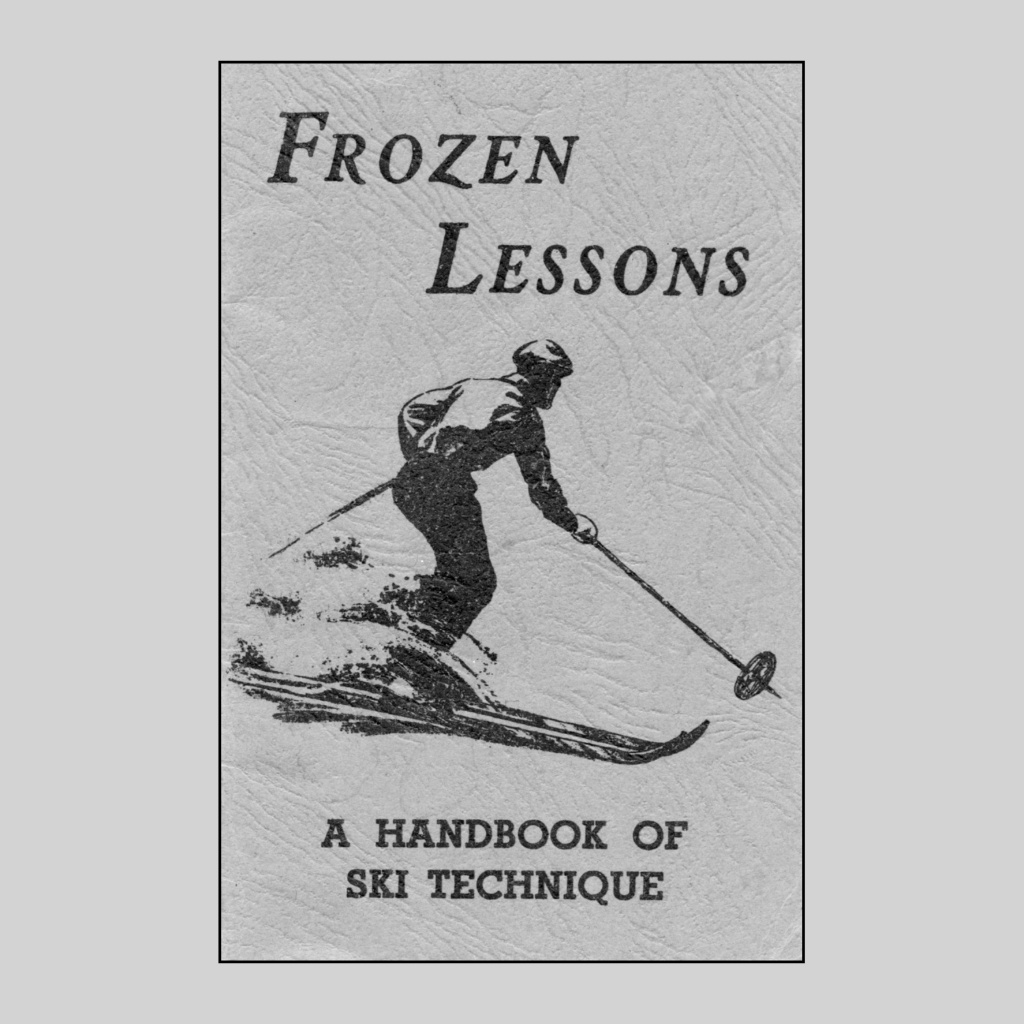 This small handbook of ski technique was published by the Kosciusko Alpine Club in 1936. It was prepared by Bob Ward and Arthur Stone with the help of Ernst Skardarasy. Skardarasy was from Austria and arrived at the Kosciusko Chalet for the 1935 season as a ski instructor. The handbook was a great success and… 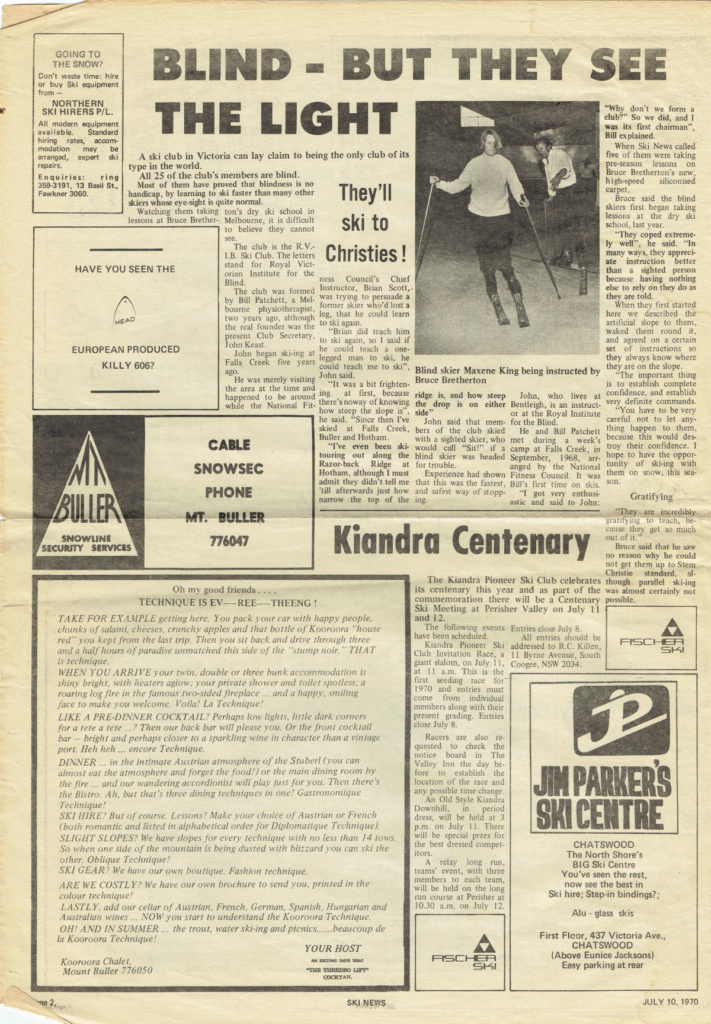 Although this was not the Perisher Range, the Royal Victorian Institute for the Blind Ski Club started in 1970. It was arguably the first ski club specifically for the sight impaired in the world.