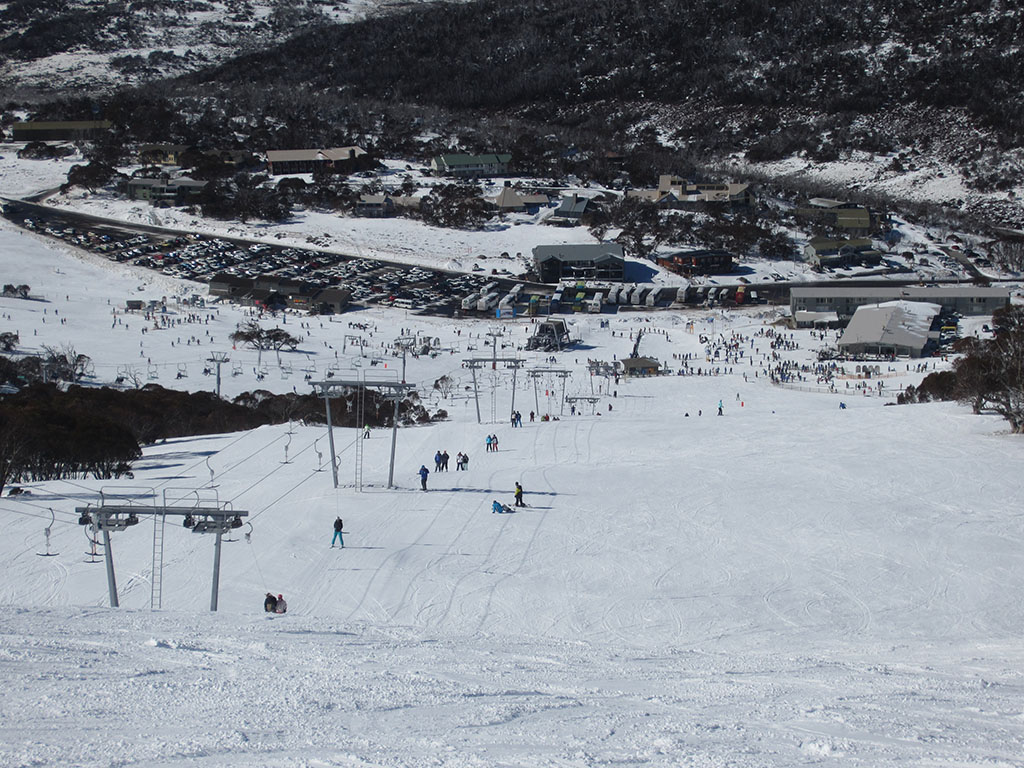 For many years Smiggin Holes was believed to be a Scottish expression which meant cattle making a mess whilst digging around in damp ground eating salt licks. However, after much research, Wendy Cross (Australian Skiing: The First 100 Years) notes that ‘the word ‘smiggins’ is not Scots at all and that there is a more likely explanation in the Complete Oxford English Dictionary namely that ‘water in which beef was boiled and thickened with barley forms a mess called ‘smiggins’.

From the earliest days, managers of the Hotel Kosciusko used to bring guests to Smiggin Holes to ski when the snow was poor around the Hotel. The NSW Government built the Black Hut at Smiggins in 1920 to serve as a picnic/shelter for Hotel guests. In 1939 the government built Smiggins Café  for the use of anyone passing through and this remained in use for many years.

Development of Smiggins began in 1952 when Johnny Abbottsmith and his family moved into two former shepherds’ huts whilst Johnny built permanent accommodation for his family by the side of the Kosciuszko Road. In 1952 Johnny started a dog sled transport service from Smiggins and in 1953 began an oversnow transport service for the Alpine Transport Company  using Weasels.  Also in 1952 at Smiggins Johnny built the first private ski tow in the Kosciusko area, the Ski Haven tow.

In 1959 Sverre Kaaten formed Perisher Valley Enterprises (PVE) with John and Pat Davis and Dick Gilkes and, with Bob Strizek, built Beaver Lodge. PVE converted Beaver Lodge into the Alpine Gate Hotel in 1960 and installed a Poma lift beside the Kosciusko Road.