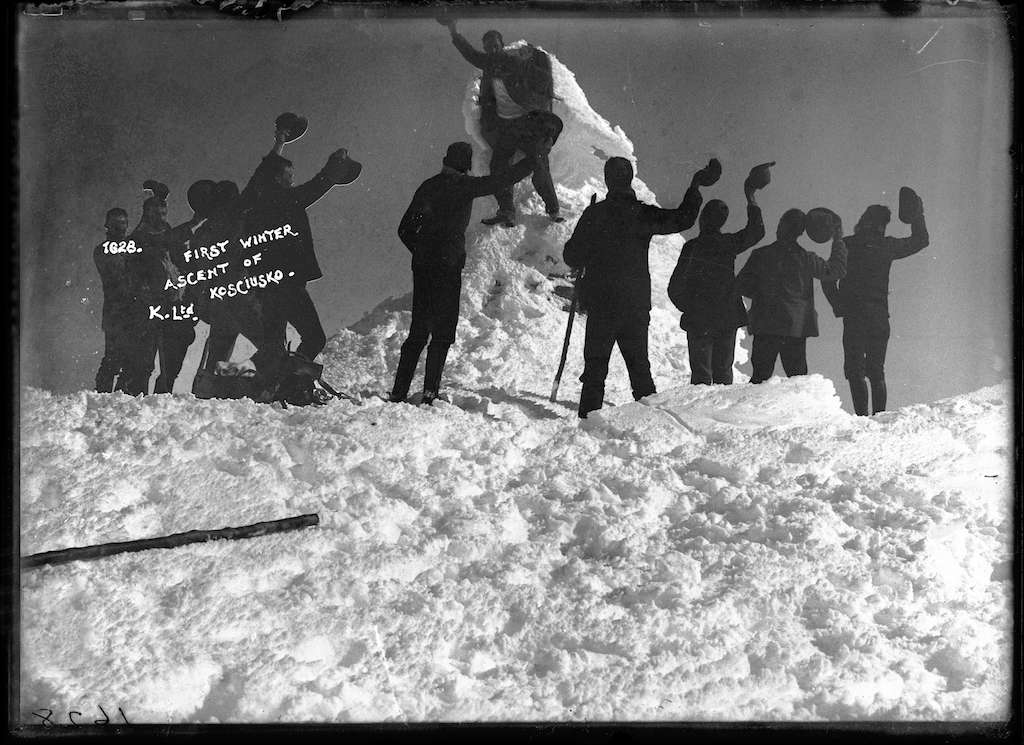 The first winter ascent of Mt Kosciuszko by the Kerry party in 1897. The group of 12 travelled by packhorses from Jindabyne up the Thredbo Valley to Friday Flat. There they camped overnight and, after a day getting used to their skis, they climbed the summit and descended in one day.

You can find more articles about the people and characters here