2022 marks the 70th anniversary of the opening of the first ski lift in Perisher by Johnny Abbottsmith.
This article contains Perisher Resort’s anniversary video – A Valley Born with voice over by Uwe Boehm and footage of the early days in Perisher. When Perisher started as a snow resort in 1952 there became a need for instructors to teach guests how to ski in what was a very foreign environment for snow visitors.
In those early days instructors were generally linked to a ski lodge and in 1952 Rudi Wurth gave unpaid instruction to members of the Snow Revellers Club. In 1954 club manager Graham Chalker became the first paid ski instructor and in 1956 Bruce Ferguson becomes the second paid instructor.
The Snow Revellers as the first club built in 1951 is the key for instructing in the early years with Jean Ecuyer becoming the club instructor in 1957, the same year Adam Zapenski instructs at the Big Tow and Tow Hut in North Perisher. The following year in 1958 Jonny Muller instructs at the hut, and in 1959 Henri De Vouassoux.
In 1960 the Perisher Ski Association forms the Perisher Ski School with Jean Ecuyer (captain), Jonny Mueller, Erich Walka, Jean-Claude Decostard and Denis Bertholet. While Guthega was not part of Perisher resort then, Walter Spanring instructs at Guthega for YMCA Canberra Ski Club members (now Brindabella Ski Club).
The ski industry starts to grow and in 1960’s new instructors emerge including Len Harrison, Fritz Halbwidl, Noldi Giovanoli, Andre Papp and Helmut Gritscher joining the ranks. In 1966 Andi Krallinger becomes ski school director.
Much of the ski instructing came from foreigners who arrived in the ski fields where they were employed in various jobs.
Uwe Boehm was such a foreigner who arrived in Perisher Valley from Germany in October of 1961. Uwe would meet Gunter (Garry) Fischer who had built the Eiger Chalet and he would commence working as a labourer at Eiger, and later worked at The Man From Snowy River Hotel, Marritz and Corroboree Lodge.
During winter Uwe would instruct at Perisher Valley as well as work at the Eiger in the evening keeping that connection of instructor and lodges. During summer months Uwe would also work in St Moritz in Switzerland.
“They were mostly beginners, some people could ski a little bit,” was how Uwe described most of the lessons at the time. He said most of the instructors were from overseas including, French, Australian, Swiss and Germans.
Uwe still lives in the area and his home in Berridale proudly displays great photos of the ski instructors of the era, himself included.
“Billy Foster was an Australian, I will never forget, he came up and he had yellow ski pants and they were a bit grubby and the ski school director told him you can’t teach like that.”
“The standard of the ski schools, and I have to include Thredbo, they were a very, very good standard. And interesting enough the various ski school directors were themselves out with clients, not just sitting on computers like nowadays.”
Uwe said it had changed now with snowmaking and more grooming, but in those days, you would take your clients to Mt Perisher “if they were strong enough to get there”.
“I made a couple of films early, I thought I could be a film producer but I realised my limitations. I made one terrific snow film, but it was all in the psychedelic age, so we won’t go too much into that, a very interesting film. We showed it always in the Valley Inn (now Perisher Manor) and we filled up the Valley Inn whenever we got it on. It was all 16mm.”
“In the early 70’s I stopped instructing, and the offer came up to run the White Spider restaurant, to go in partnership with Gary (Fischer). I ran that right through until the end of the seventies.” The photo of the Perisher ski school in 1966 hangs on Uwe’s wall in Berridale.

Then I got married to Gil and in 1980 Gary wanted to sell part of Eiger so I bought into the Eiger. From the early eighties till 2007 Gil and myself managed the Eiger.
Gil was a teacher but obtained a position as housemaid at the Eiger where she met Uwe. She was quite petrified of Uwe, the ‘boss’ in the White Spider, who would follow the girls around to make sure they set the tables correctly was how she described their initial meeting in a 2013 Perisher Historical Society newsletter. They married in 1980.
Typical of the time there were many families who managed lodges and had children. Uwe and Gil would have two boys Kent and Byron. Kent would also have a stint as an instructor himself, both boys growing up in the mountains and skiing. Other characters of the early ski instructor era were Grant “Shifty” Turnbull, Franz Pichler, Sigi Draxl, Adam Zapenski and Christian Keller all of whom spent decades working at Perisher. Sigi Draxl’s sons Joe and Nick Draxl were both excellent skiers and great instructors and studied and worked in Austria.

Grant Turnbull had a run named after him in 2009, and you can ski Shiftys from the Eyre t-bar. Over the decades Perisher has employed thousands of ski instructors and there will be many more, but maybe not as interesting times as the early years. Christian Keller was a stalwart in the Perisher ski school. PHOTO: Perisher

Below: Perisher Resort 70th Anniversary video with voice over by Uwe Boehm and skiing footage of Uwe. 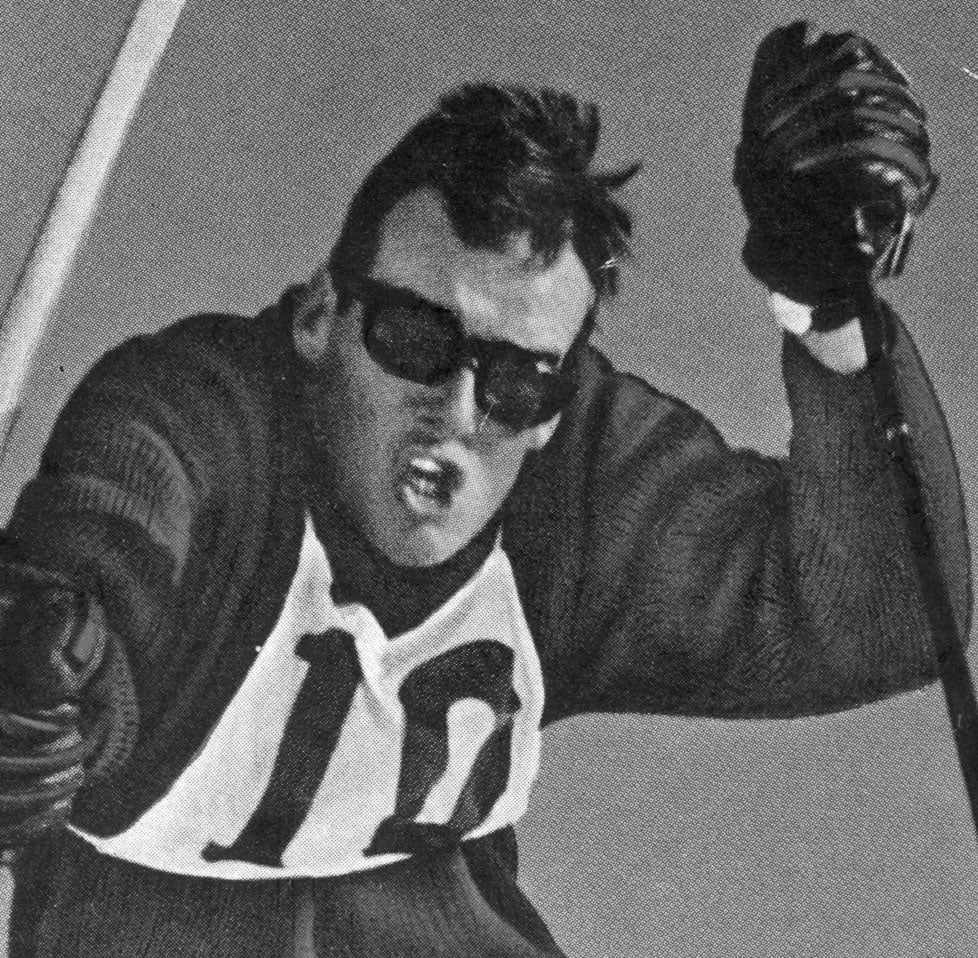 This article was published in Snowy Mountains Magazine – August 2022