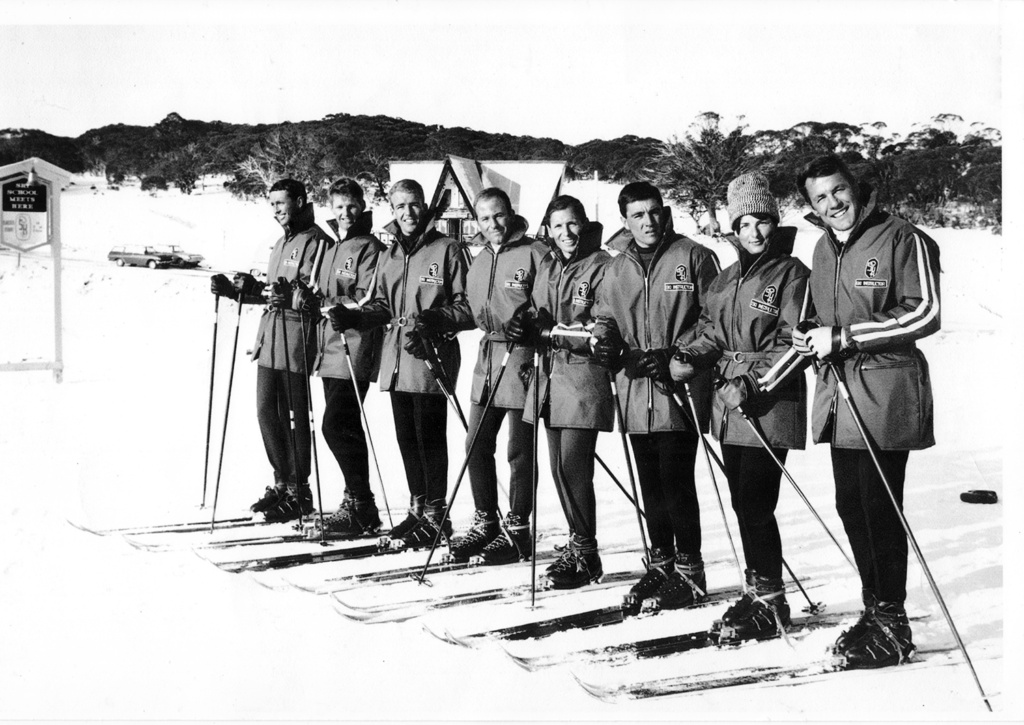 Roger Staub was the 1960 Squaw Valley Olympic Gold Medal winner in Giant Slalom.  In 1974 he was killed testing a ski gliding kite near Verbier on the eve of his 38th birthday.

Viking Restaurant from Norway is shown in the background. It then became Heidi’s.