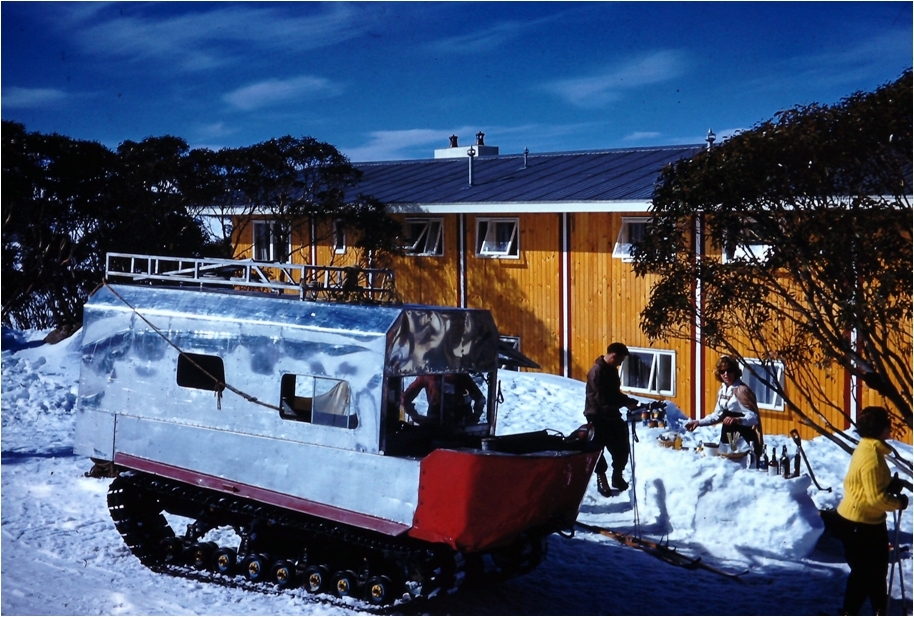 The 50th birthday of the Sundeck Hotel was celebrated in fine style with a dinner on Saturday 27 June 2009 hosted by owner/manager Cliff Wallis.  The Sundeck Hotel was Perisher’s first hotel and was a pioneer for commercial accommodation in an area dominated by an increasing number of club lodges.  It also gave club members from around the valley a place to socialise.

Past guests, employees and club members who have patronised the hotel over the years shared their experiences (and party stories) during the special night.

The Sundeck Hotel opened for business in May 1959 and was the first hotel in Perisher Valley.  Conceived, financed and built by Ken Murray of K.G. Murray P/L, the Sundeck Hotel originally contained 40 beds, bar and restaurant.  Less than a year old, the hotel burnt down in January of the following year, but by July a new building had been constructed and opened in time for the core of the 1960 ski season (layers of planning bureaucracy would not expedite building projects as quickly today).  Unlike the original bar roof that sloped north-south, the rebuilt Sundeck’s roof has an east-west aspect.

Interestingly, the fire that razed the Sundeck Hotel occurred only four weeks after the completion of the Man from Snowy River Hotel, which was (and still is) located on the other side of the valley and was also built by Ken Murray.

A couple of paragraphs describing the fire are reproduced from the ‘Australian Ski Year Book 1960’:

“The fire started in the kitchen, it is thought in the stove or chimney.  The alarm was given at 2.00 am (morning of Saturday 30 January) by the persistent barking of Chilla, the hotel’s pet sheep dog.

“A fire engine, sent by the SMA from Island Bend, arrived 45 minutes after the fire had started, but it could do little to stop the flames already raging through the building.”

Perched above the ‘front-valley’ ski slope, the Sundeck Hotel has an enviable location and is a truly ski-in – ski-out establishment.  As Australia’s highest hotel at an elevation of 1769 metres, the Sundeck now has 90 beds and can still boast some of the best winter entertainment in the mountains.